I was MC at Alien night at the Halle Garnier in front of 4,000 spectators… sitting on wooden chairs. Mattresses were arranged at the rear for those who might crack. I was told that only a few dozen spectators left before the end. Could it be that the last true movie buffs are all in Lyon?

A nice meeting and lunch with Paolo Sorentino (I’ve seen La grande Bellezza 7 times).
And with Dan Ohlmann, who runs the Miniatures and SFX museum. Himself a miniaturist genius. He had managed to recover, among others, the Alien Queen, fix her up and staged her. Spectacular. 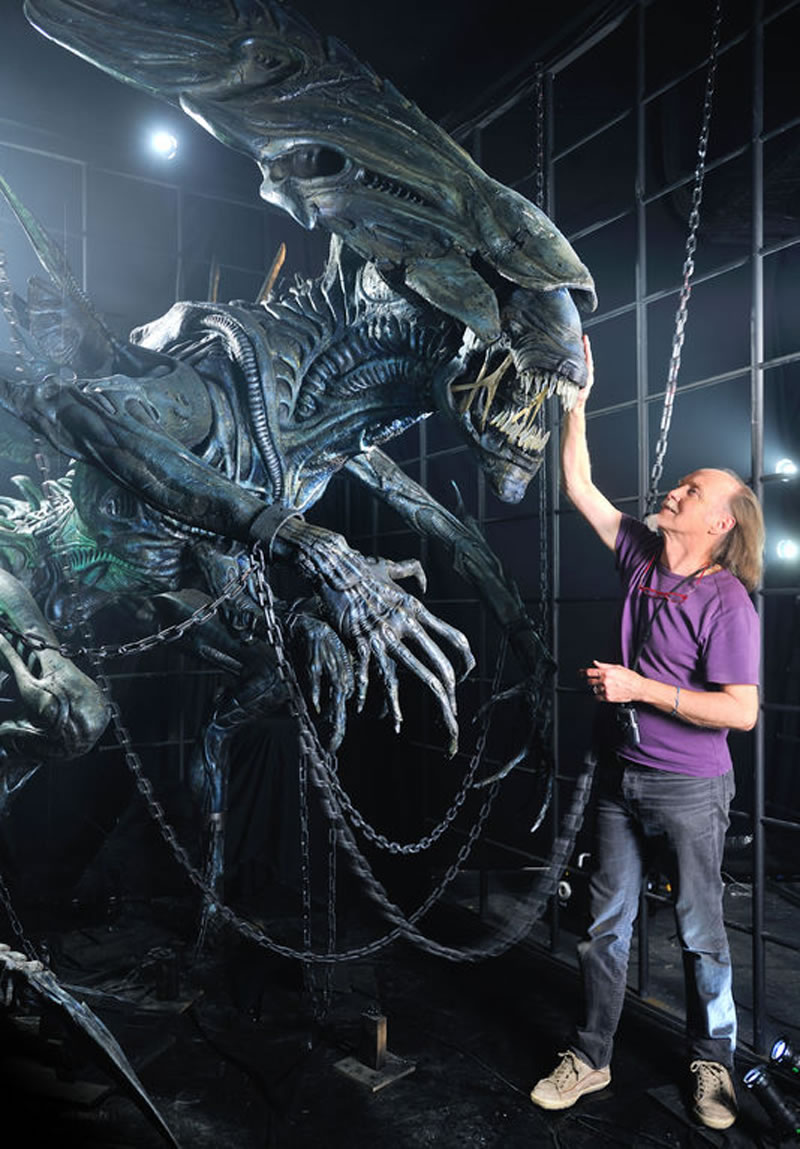